It's a slow one this week, but that's ok, since the entire world in at the edge of their seat now anyways. Only a handful of albums being released today, but we are really excited about The Casket Lottery's first new album in over 8 years, Short Songs for End Times. Some other releases include singer / songwriter Donovan Woods' Without People and progressive metal band Fates Warning's Long Day Good Night.

But wait.... there's more!  System of a Down just did a surprise release of 2 new songs!  Check out Protect The Land / Genocidal Humanoidz.

And the winner is...

Welcome to The Record Shelf! 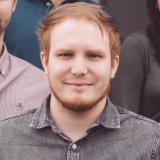